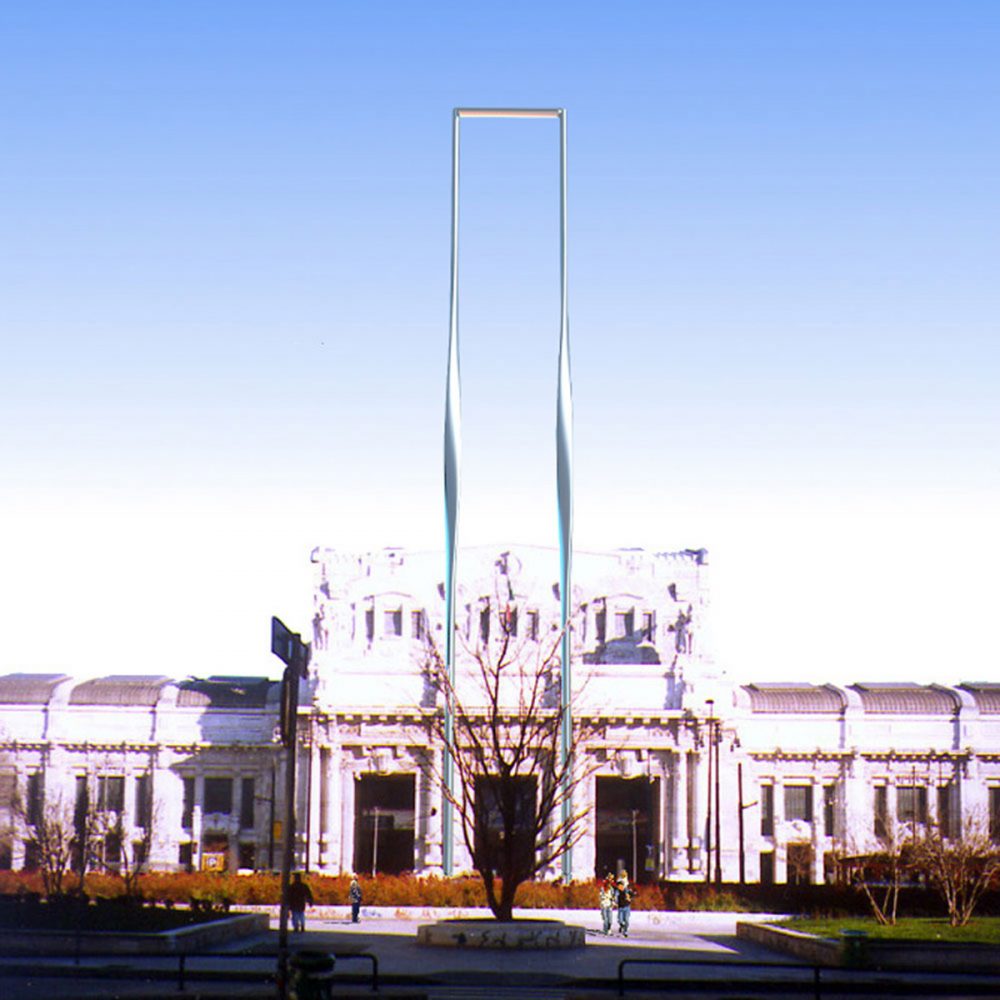 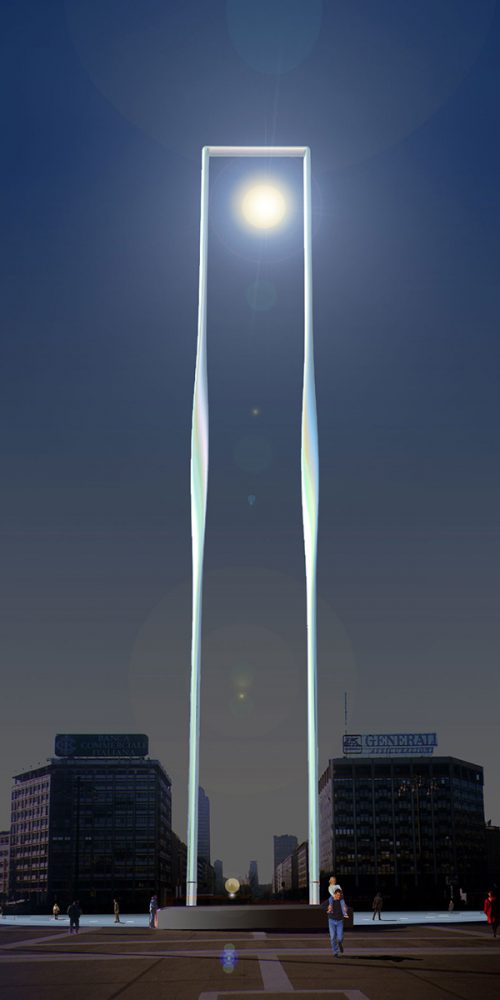 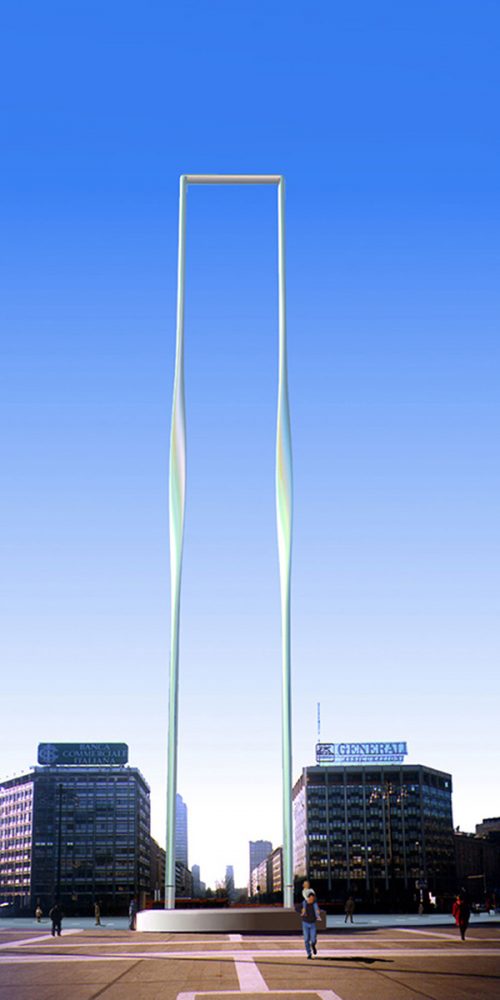 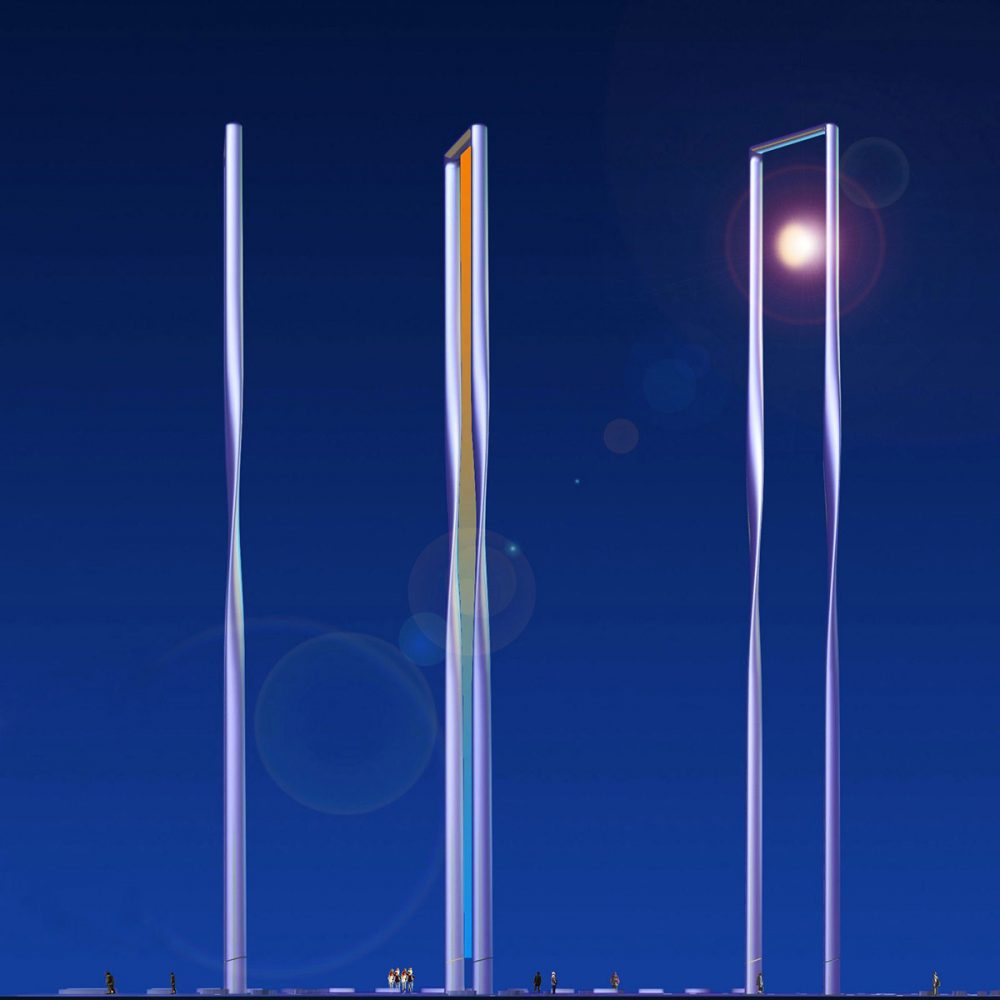 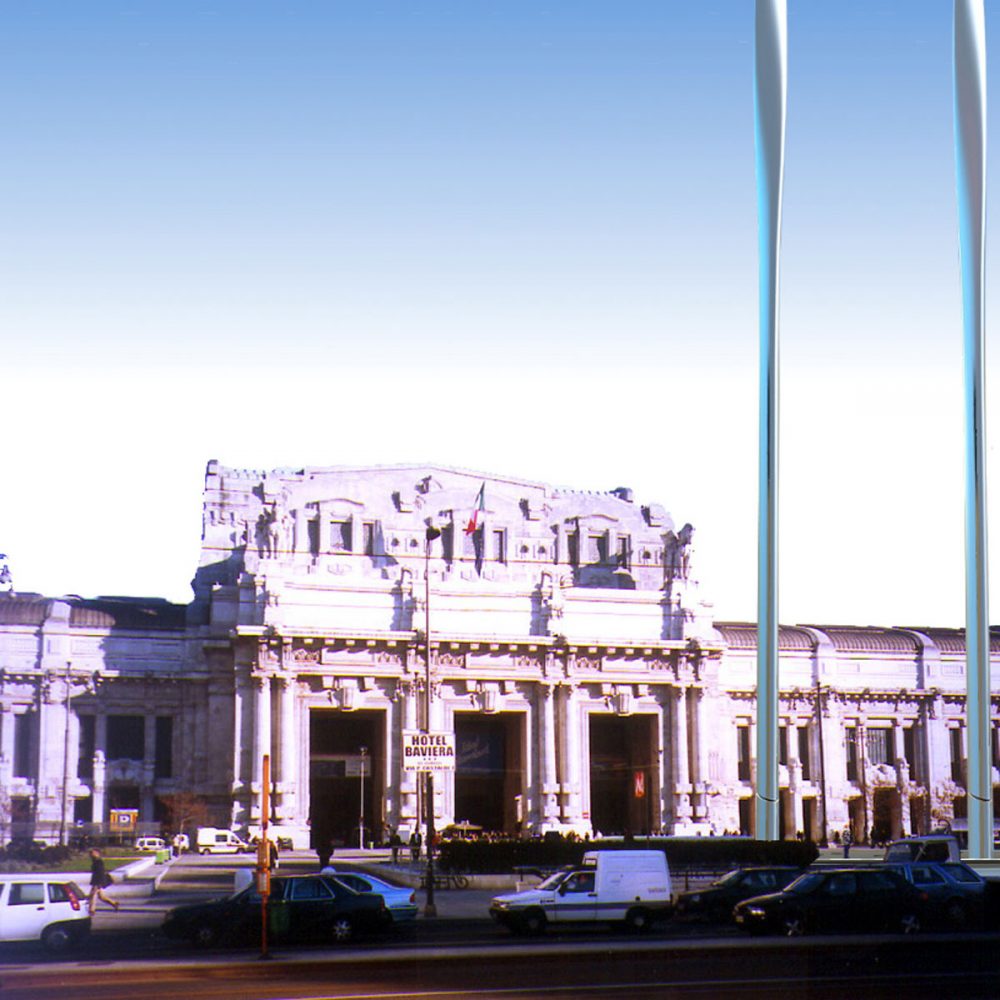 Urban light beacon. Reminiscent of the DNA molecule, the arch plays with light, standing defiantly against time through its simplicity and vertiginous proportions. Designed as a costume whose high-tech fabric allows daring architectural statements, this semi-translucent, semi-mirrored object invites us to reflect on the real. By day, diffraction of light gives an impression of movement that changes as the angle of viewing shifts. By night, the arch partly disappears, becoming a treasure-chest of light. As the sun sets, spotlights play over the arch’s uprights. The strength of the light changes, randomly, with each pass. Once night has fallen, the sun seems to rise again: first red, then yellow, then white. The “virtual sun” moves out of the frame after an hour, returning before dawn the following morning.